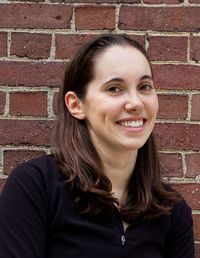 Daria Van Tyne, PhD
Assistant Professor, Division of Infectious Diseases
​Email     Twitter
Daria grew up in Golden, Colorado, attended Vassar College as a Biochemistry major, and was a Fulbright Scholar in Spain for a year in between college and grad school. She completed her PhD at the Harvard T.H. Chan School of Public Health in the lab of Dyann Wirth, followed by a post-doc in the lab of Mike Gilmore at Harvard Medical School and the Massachusetts Eye and Ear Infirmary. Daria joined the Division of Infectious Diseases at the University of Pittsburgh School of Medicine as an Assistant Professor in July, 2018. She lives with her family in Upper Baldwin, in a former convent that used to house over a dozen nuns. 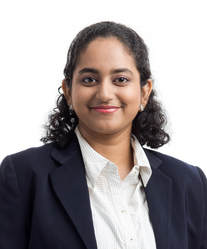 Gayatri Shankar Chilambi, PhD
Postdoctoral Associate, Division of Infectious Diseases
Gayatri grew up in Chennai, India and graduated from Rajalakshmi Engineering College in 2011. After working for a year and a half at Tata Consultancy Services, she joined the lab of Scott Rice at the Singapore Centre for Environmental Life Sciences Engineering to pursue her PhD, which she completed in 2018. Gayatri will join the Van Tyne Lab in November, 2018 to continue her research in the area of antibiotic-resistant bacteria. Outside of science, she enjoys cooking and event management. 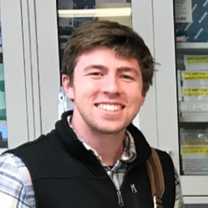 Dan Evans, B.S.
Laboratory Specialist, Division of Infectious Diseases
Dan grew up in Rochester, New York and graduated from Carnegie Mellon University with a B.S. in Biological Sciences in 2017. In addition to his work in the lab, he is pursuing an M.S. degree in Infectious Diseases and Microbiology from the University of Pittsburgh Graduate School of Public Health. Dan is strongly interested in the genomic epidemiology of healthcare-associated pathogens, as well as the use of bacteriophages in antimicrobial therapy. He has prior research experience in influenza pathogenesis, bacterial genetics, and bioorganic chemistry. Outside of science, he teaches and competes in Scottish pipe band drumming and is an avid science communicator. 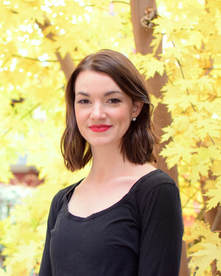 Hayley Nordstrom, B.S.
Laboratory Specialist, Division of Infectious Diseases
Hayley grew up in Williamsport, Pennsylvania and graduated from Bucknell University with a B.S. in Biological Sciences in 2012. Hayley has an interest in studying microbiology and human health in the context of the overall microbiome, both healthy and pathogenic. Outside of the lab, she loves knitting, baking, and animals, especially her black cat, Luna. 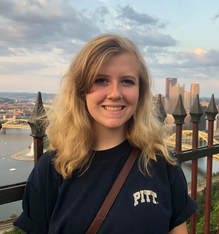 Amanda Finney
Undergraduate Researcher, University of Pittsburgh
Amanda grew up in Camden, Delaware and is pursuing a B.S. in Microbiology at the University of Pittsburgh. She loves learning about microbial genomics, infectious diseases, and host-pathogen interaction. Outside of the lab, Amanda loves hanging out with kids—she implements weekly reading sessions in local Pittsburgh preschools to improve literacy and kindergarten-readiness. Amanda also likes to cook, paint, and hang out with her friends. 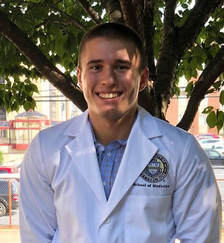 Kevin Westbrook, B.S.
Medical Student, University of Pittsburgh
Kevin grew up in Rochester, New York and graduated from the University of Pittsburgh with a B.S. in Neuroscience in 2018. He is currently a medical student at Pitt, with an interest in how bacteria evolve to resist antibiotic treatment. Through shadowing and research, he developed a fascination for infectious disease medicine and is considering specializing in Pediatric Infectious Disease after finishing medical school. Outside of class, Kevin enjoys working out, reading comic books, and watching HGTV. 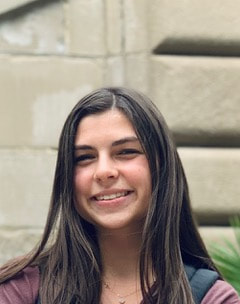 Abigail Lustig
Undergraduate Researcher, University of Pittsburgh
Abbie grew up in Newtown, Pennsylvania and is pursuing a B.S. in Microbiology at the University of Pittsburgh. She loves her biology classes and is very interested in antibiotic resistance and its effect on the future of medicine. Outside of class, Abbie enjoys painting, baking, field hockey, exploring Pittsburgh, and sampling all the noodle shops the city has to offer.

Jalyne Perry
Undergraduate Researcher, University of Pittsburgh
Jalyne grew up in York, Pennsylvania and is pursuing a B.S. in Chemistry at the University of Pittsburgh. She loves bacteriophages and has a great interest in their impact on medicine among antibiotic resistance. Outside of class, Jalyne enjoys painting, cooking new meals, hanging with her family, and catching all of the good shows on Hulu.